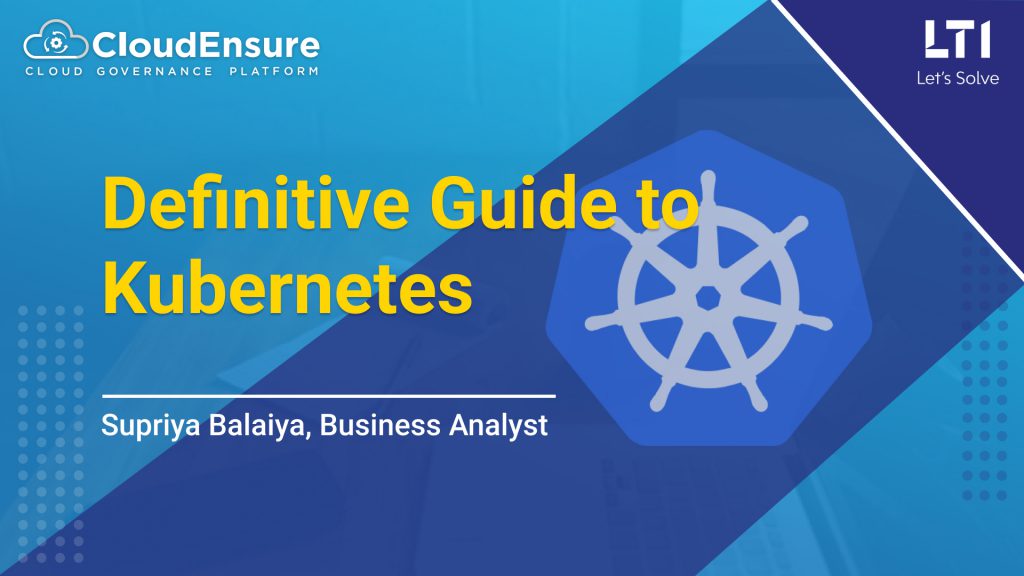 Kubernetes also known as K8s is an open-source container management platform that helps you manage microservices and containerized applications across distributed clusters of compute nodes. Kubernetes eases the complexity of managing containers, including lifecycle management via REST APIs and declarative templates. It also reduces cloud computing costs while simplifying operations and design. Some notable Kubernetes features:

Kubernetes, developed by Google was later accorded to open source, based on their experience of running containers in production. Kubernetes has established itself as a standard for container management in public, hybrid and multi-cloud environments. It is a container orchestration system maintained by the Cloud Native Computing Foundation (CNCF) in association with the Linux Foundation. It has thousands of contributors, including top organizations like Red Hat and IBM, as well as certified partners, experienced service providers, training providers, certified distributors, hosted platform and installers.

What is Kubernetes used for?

Kubernetes is a microservices architecture management system that is available on all major public cloud platforms such as Google Cloud, Amazon Web Services, and Microsoft Azure, making it easy for IT departments to push applications to the cloud. With features such as service detection and load balancing, automatic provisioning and rollback, automatic scaling based on traffic and server load, Kubernetes offers significant benefits to development and cloud teams. Cloud computing platform as a service (PaaS) built on Docker containers like Red Hat’s OpenShift, evolves the containerized ecosystem where Kubernetes becomes the default operating system for developers to share source code and extensions and also contribute the code to open-source Kubernetes project on GitHub.

Many a times industry experts face challenges addressing the question “What is Kubernetes?” To understand what exactly a container orchestration platform is, let us look at some commonly used Kubernetes terms that will help you understand the concepts better.

Cluster – A group of nodes running containerized applications and everything within it is managed by Kubernetes. A cluster consists of a master node and several worker nodes. The control plane works to keep the cluster in the desired state, but the worker nodes actually run the applications and workloads.

Container – For applications to run swiftly and securely in multiple environments, a software technology is implemented in a way that it packages applications with run-time dependencies. A customary method to containerization is to run applications as a microservice that ensures scalability and reliability.

Daemon set – A component that allows a pod to run across multiple nodes in a cluster. The daemon set creates a pod with the addition of a node and generates a garbage collection pod when a node is deleted from a cluster.

Deployment – Deployment is used to manage duplicated applications and automatically replace failed or passive instances. Deployment aids in serving user requests to ensure single or multiple instances of your application is made available.

Ingress – An API object allowing your application to be accessed from outside the Kubernetes cluster. To read the ingress resource information, process it, and get traffic into your Kubernetes cluster, an ingress controller is needed.

API server- Entry point for all REST commands. It is the only component of the master node that users can access.

Scheduler- Monitors newly created pods and assigns them to nodes. Deploying pods and services to nodes is based on the scheduler.

Namespace – Namespace is a virtual cluster that can provision resources and capacitate for pods, services, and deployments. They facilitate unique naming conventions to partition cluster resources in multi-team and / or multi-project environments.

Pods – The smallest object in the Kubernetes ecosystem, pods represent a group of one or more containers running together on a cluster.

Node – A primary node agent or minion node, is a Kubernetes worker machine in which workloads are run by putting containers into node-run pods. Depending on the cluster, a node can be physical or virtual and each cluster can have multiple nodes with each node comprising of kubelet, kube-proxy and container runtime.

Kubelet – Kubelet enables registration of nodes within a cluster, helps reports resource utilization and makes sure the container is running in pods via API servers. It also communicates with the data store to get information about existing and newly created services.

Kubeproxy – A network proxy running on each node in a cluster, helps maintain network rules on nodes and allows network communication to pods.

Kubectl – A CLI tool that allows communication with Kubernetes API server that are used to create and manage Kubernetes objects.

The future for Kubernetes

Kubernetes helps improve stability and production in several areas  of deployment such as:

Industries have majorly shifted focus on how container orchestration and cloud native applications can benefit them to the maximum. They look for responsive workloads that are dependent on multi-tenant security, enable effortless administration of stateful applications and databases and stimulate GitOps version controlled automated application and infra releases.

As enterprises look to extend their container deployment and orchestration base, to accommodate more workloads in production, it becomes increasingly necessary to monitor different layers of the Kubernetes stack, keep track of performance and security and ensure enhancing end-to-end visibility of the entire Kubernetes platform as a whole.