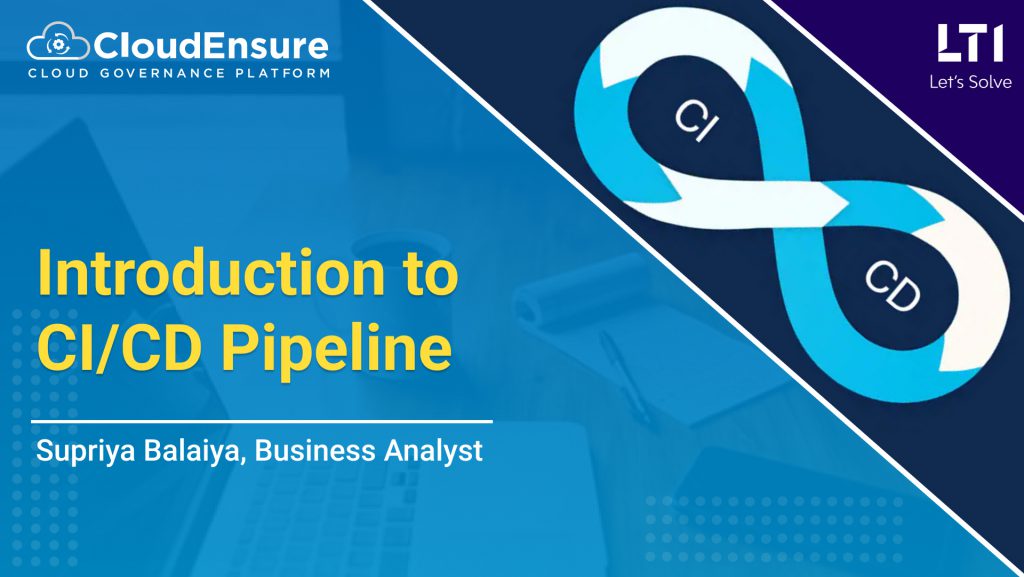 The CI / CD process involves a software engineering approach that is part of a larger software distribution pipeline. Effective use of the CI / CD process ensures high quality, reliability, and safety of your software. All software companies strive to provide services that are useful, highly valued, and shared. Therefore, it all provides reliable software to users and consumers.

In a 2020 survey, Gitlab reported that 83% of developers use CI / CD tools to release their code faster. In fact, 60% deploy their code multiple times a day. Fortunately, CI / CD reduces operational complexity, increases developer productivity, and allows you to focus on value-added work.

In this blog we will explore what CI / CD is and how development teams can leverage CI / CD to get better output.

Continuous integration (CI) is a software development practice in which team members (individual developers) integrate their code frequently, sometimes even daily, resulting in multiple integrations per day. In addition, each integration is validated by automated builds (including testing), so you can quickly identify integration errors. This process of automating build, testing, and source code validation is called continuous integration.

Continuous Delivery (CD) is a software development process that enables teams to develop and deploy software in a short cycle to ensure that the software is released at any time. It automates the entire deployment process, including the deployment phase. With automated testing and deployment, you can release your code to production with the click of a button.

This is the starting point of the pipeline and is triggered by a modification or creation of the source code repository, like a Git push command.

This is when you compile the source code and its associated dependencies to create an executable instance of your application product. Interpreter languages ​​such as Python, PHP and JavaScript do not require this step.

Regardless of the language, cloud-native software is typically deployed as a container using either Kubernetes or Docker

This is one of the most important aspects of the CI / CD pipeline. Implement automated testing to verify the accuracy and feasibility of your code.

In many large projects, it is not uncommon to perform tests in multiple phases, from smoke testing to end-to-end integration testing.

After the created executable instance passes all the tests, the next step in the pipeline is deployment. Teams often have multiple delivery environments, such as alpha, beta (for internal product teams and a small number of selected users), and ultimately a production environment for end users.

By automating key parts of the software development process, you can deploy your applications faster and focus on more important tasks such as: Building Standards Code.

Human errors get eliminated from the equation with automated CI / CD pipelines, increasing reliability and giving developers more time to monitor and troubleshoot problems as they occur.

The CI / CD pipeline maintains team agility and responsiveness. The ability to make the necessary changes and redo previous tasks without delay, in addition to adapting to the ever-changing needs of the end user leads to adaptability and improved experiences.

The CI / CD pipeline records everything from code commits to test results, so developers can always have a view of behind the scenes of the process.

For instance, if you want to launch and support a new application on your Drupal site, without the CI / CD pipeline, developers will have to manually commit and test their code, eventually leading to a scheduled release and users being able to see the results of their efforts. However, if your organization takes the CI / CD approach, you can automatically integrate and deploy new code that has passed the required tests. This allows users to focus more on new features and the quality of offerings improve on a continuous basis enabling developers to build better software.

What makes a good pipeline?

A good CI / CD pipeline is characterized by the inclusion of appropriate automated testing and key areas of software development life cycle (SDLC). Other highlights include:

A good CI / CD pipeline enables usage of the same processes and artifacts for continuous integration and continuous deployment. The CI part of the pipeline generates a new build artifact from the source code and passes it to the CD process for capture. This artifact from the build can be generated from the source code or from a Docker container. You should use the same artifact in all environments, regardless of the origin or format of the build. With consistent artifacts across the environment, CI / CD processes can test their code in QA or stage and deploy to production to ensure that the same artifacts are fully used.

Good CI / CD is revealed through quick feedback on build feasibility. This can significantly reduce the time it takes to build, test and deploy your app, from initial coding to final delivery and production. The CI / CD pipeline has low integration and deployment, which reduces mean time to recovery (MTTR). The MTTR evaluates how quickly bugs and problematic feature corruptions are fixed and is actively determined by the CI / CD pipeline. It can also be quickly scaled to meet growing real-time development needs.

Longer release cycles are generally stable because they tend to be better tested, but they are not optimal in terms of cost and the opportunity to respond in a timely manner to customer needs. An effective CI / CD pipeline provides a sustainable way to reduce the cost and timeline of your release cycle.